Grab Is Teaching Users How To Close Modals

Users in Southeast Asia are spending huge amounts of time in apps such as Grab, and it is shaping the way they interact with other software.

If you aren’t familiar with Grab, it is basically Uber + food delivery + payments in Southeast Asia https://www.grab.com

We were recently testing a client’s consumer fin-tech app in Singapore. The test was with people who were new to the app. The business wanted to show some very important information early in their interactions to drive them to use the app more. They put that information on a modal that popped up when users first entered the app. They expected this modal to catch all the users’ attention because it was in the signup flow and all users would see it.

The result was the opposite. Users instantly closed the modal, thinking that it was a promotional pop up they could read later. The users ended up missing very important information that was not accessible later. When we told them that, they were surprised and said they expected to be able to see the information later in the “notification center”. Many referenced Grab.

We knew exactly what they meant. After all, we use Grab almost everyday too.

When you open Grab to book a ride, there is usually a promotion modal that pops up: 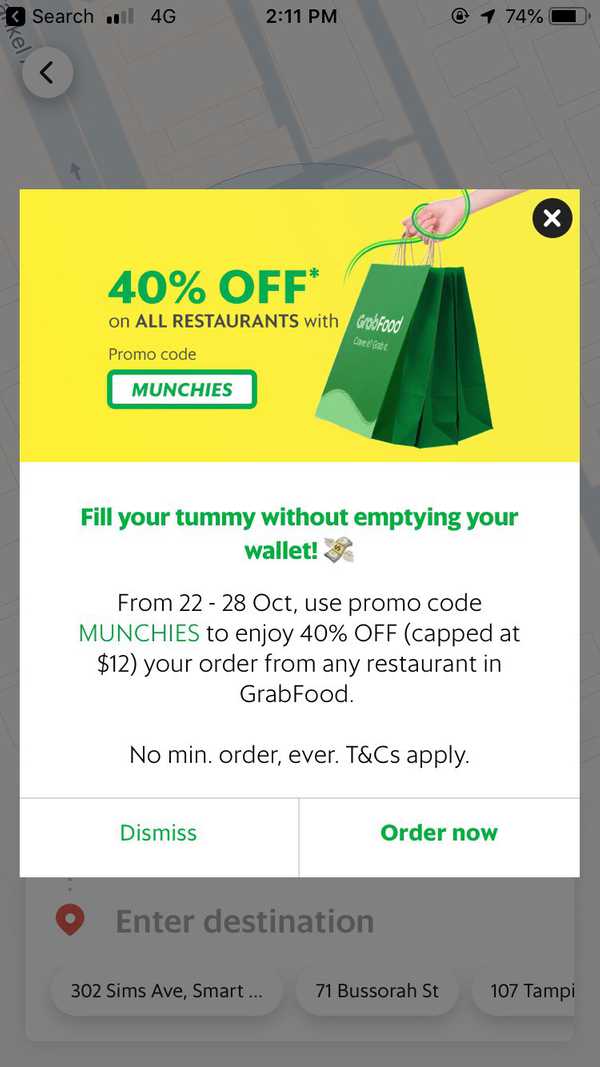 It’s natural to not care about a promotion right when I’m booking a ride. If I am in a hurry, I wouldn’t even read it. I know they will send me more push notifications about the deal later, so I’ll check it out then.

Even if I’m not in a hurry, I’m not going to order food instead of getting a taxi. Grab knows that I will make note of the promotion and I can check it out later in the notifications center when I am hungry. 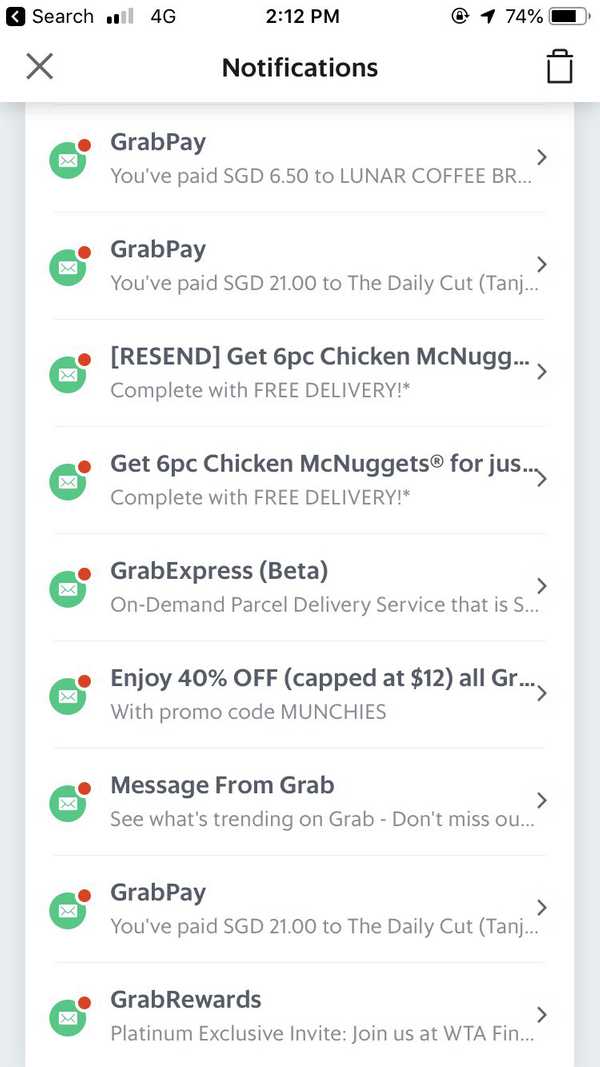 I can open the notification center and find that promotion from earlier. 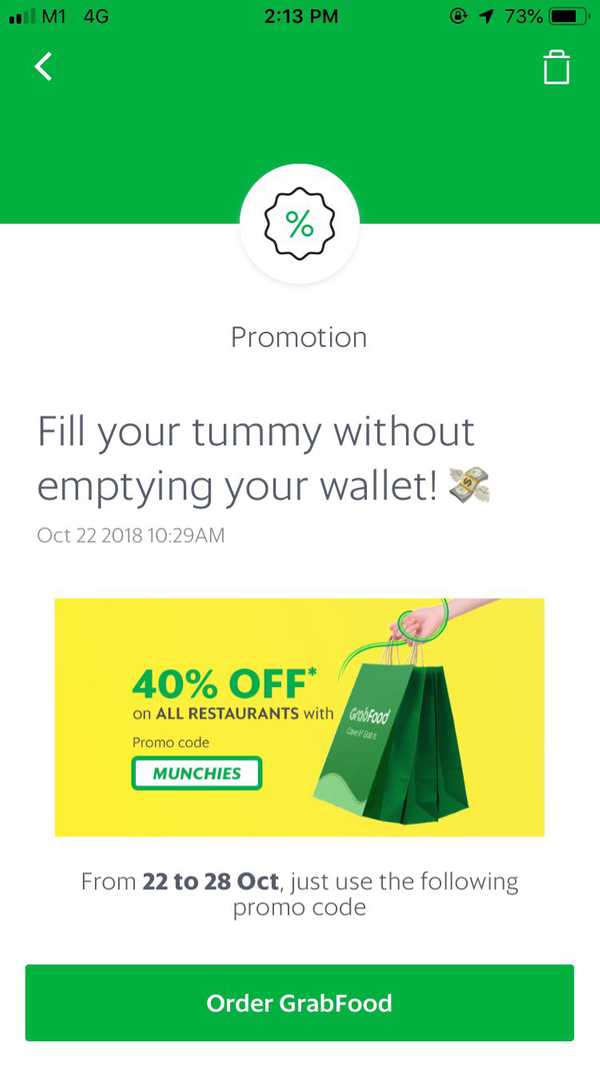 With this insight, the client was able to reassess how and when they should show the modal.

Popular local apps affect the way users interact with all other apps. Even a small user test can uncover these patterns.

If you need to do user tests in Southeast Asia ricemilkresearch.com can help.

Need to do UX research in Thailand?